We are the cause of the problems that face our world.

We are also the solution.

If we recognise this, we can together attempt to make the world and our cities better for those who will come after us.

A city is the reflection of the culture of the people that created it. For too long we have been creating places that reflect what I consider to be the negative aspects of our cultures and they are a corrosive derivative of the ‘American nightmare’ – a race for efficiency, profit and materialism!

The results are places that look the same and are designed around the exigencies of motor vehicles. These places do not invite humans to walk or linger. Instead, they feel like zombie film sets.

Livability – health – wellbeing – happiness. These should be the drivers of what we do. If our cities, towns and neighbourhoods can deliver these things, they will be economically successful.

Remember that ultimately it does not matter how sophisticated we believe we are. We are all still walking animals – that is what made us and not recognising this has led us to the place where we currently find ourselves.

Remember the dinosaurs? Our planet has witnessed at least five extinction events mostly caused by external factors. We are the only species that is creating our very own personal extinction event.

The reality is terrifying, yet we keep looking to someone else or something else and hoping it will resolve itself. If you are stuck in traffic, you are the problem!

We need to recognise this and ask ourselves: what kind of place do we want? Then change what we are doing to create it. Simple!

There is comfort in the routines we create, and we often find change difficult. Marini Urbanismo is here to help.

The services provided by Marini Urbanismo offer advice and partnering aimed at building know-how and resources which ensure that all developments and master planning can be more people-centric and ensure the delivery of liveable places. These services cover architectural, planning, movement, social, cultural health, wellbeing and economic perspectives.

Specifically, the topics covered would relate to:
Advocacy for change, analysis of the policy and regulatory environment to determine how best to deliver livable places. 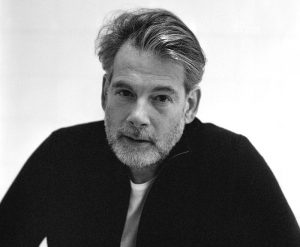 Riccardo was born in Pistoia, Tuscany: he is aware that this ‘place’ and its culture shaped a lot of who he is. His father reminded him when he graduating from the Mackintosh School of Architecture that from childhood, he had always wanted to be either a priest, a policeman or an architect. Riccardo is happy that he chose the creative path.

He believes that people have to be central to the process of creating our future settlements and in our endeavours to rethink our existing ones.

As an architect who would define himself as a modernist, he is acutely aware of the destructive nature of architecture, which does not know where it belongs and who it is there to serve.

Over the years he has observed the inability of professionals to listen and learn from past mistakes, and this drives him to ensure that there is proper meaningful engagement and that people come first.  Riccardo loves design and designing but is fascinated by what makes places work. He has come to a simple conclusion that places are a reflection of the culture of the people who created them.

This simple understanding is core to his passion for ‘placemaking’, he is always still bemused by the power of the thoughts of Frederick Taylor have had in shaping our modern world and how people do not see that it’s the relentless drive for efficiency which is producing the dystopian environments which we so readily despise but continue to create.

A good place is one in which people feel happy – feeling happy, like being well, are relative states. They are the result of some basic requirements, which are ably described by Maslow’s hierarchy of needs. He has for many years endeavoured to show that the real value of the place is far more profound than monetary value alone but that the economic indicators which drive a lot of the current decision making can only be achieved and sustained if you create the genuine article – a place that makes people happy.

After working for many years as a senior city officer he worked as a director with Gehl architects in Copenhagen and founded Marini Urbanismo in 2017.